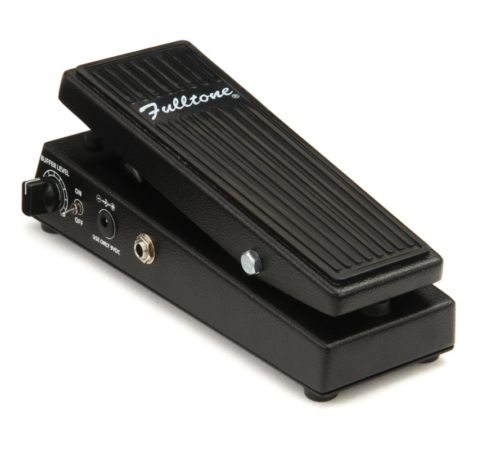 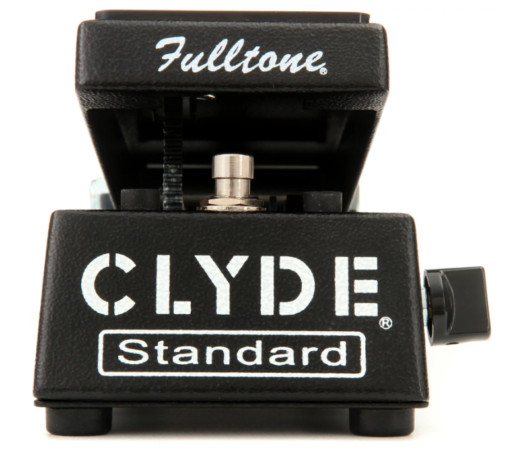 Clyde McCoy was a big-band Trumpet Player in the ’60s… not a great musician, but one famous for getting a muted “wah wah” sound. This led to Vox trying to approximate this muted trumpet sound in a pedal… hence the Vox “Clyde McCoy” wah wah circa 1967.

Jimi Hendrix and Eric Clapton both used a Vox “Clyde McCoy” model wah wah. Photos taken during the recording of “Electric Ladyland” document Jimi’s as being the “signature” model, featuring Clyde McCoy’s name written out script style on the bottomplate. The other type of Clyde McCoy was the “picture” version, which had Clyde’s photo on the bottomplate. The “signature” model, with it’s great sounding “halo” inductor, is what the Fulltone CLYDE is modeled after.

The Fulltone “CLYDE” was born from taking the best of the best of my more than 25 pc. vintage Vox wah collection, and analyzing every aspect… going so far as sacrificing a few of the vintage inductors to get it right.

Our Inductor is a tuned core hand-made unit using EXACTLY the same type wire and inductance as the ’60’s era Vox, except VERY consistent from one unit to the next. A tuned core inductor is much more expensive to make, but the end result is worth it. The only change from the original ’60’s Vox design is the addition of a very usable internal “Resonance Control” which is a large durable trimmer, for bass and gain adjustment, which is easily adjustable by hand without tools and with room to mark your favorite settings.

The Potentiometer, the most overlooked part of the circuit, is one of the keys to a good wah wah sound and there hasn’t been a proper “tapered” pot, since the ’60’s “Icar” in any major manufacturer’s wah. This is one of the reasons the ’70s, ’80s, and ’90s wahs are so mediocre. We’ve made our own I call the Fullrange pot (… ours has a double screened carbon composition track giving a 500,000 turn life span instead of the standard industry 15,000.

I don’t like the original Vox-type housings that everyone uses, and I had to design and produce one that made more sense. The traditional housings don’t give enough travel and potentiometer range, limiting your tonal sweep, and they have little compensation for tension or feel. The Fulltone “Clyde” uses our own custom-made 14 ga. welded steel pedal with nylon pivot points and much more travel than the conventional Vox-style ones that everyone uses. It has nylok nuts so you can adjust the tension of the treadle, and it stays that way until you change it. As with all Fulltone pedals, the “Clyde” has true bypass switching so that when it’s “off” it’s not coloring your sound or ruining the performance of other pedals in your signal chain.