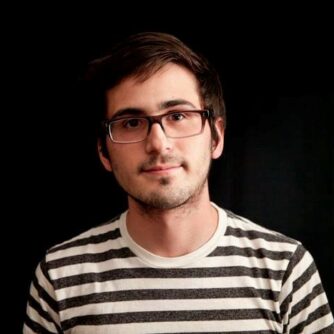 Alex Rogers is a music education major at the University of Nebraska-Lincoln, born in Omaha, Nebraska.  After a few years of piano lessons and a lifetime of singing, his violin studies began at the age of 15.  Alex joined the top ensemble in the Omaha Area Youth Orchestras two years later. He currently studies under the direction of Professor David Neely (A member of the Omaha Symphony, Lincoln Symphony, and Trans-Nebraska Players).  Past teachers include Annie Valente and Keith Plenert. He has held the principal second violin position in the UNL symphony orchestra for the 2015-2016 season. He has performed in masterclasses with Robert Chen (concertmaster, Chicago Symphony Orchestra), Routa Kroumovitch, and Charles Castleman.  Alex performed solo and with chamber ensembles at the Orfeo Music Festival in Vipiteno, Italy in the Summer of 2015. Rogers has also taught beginning strings to third graders in the UNL/LPS String Project in the Spring of 2016. Alex also sings tenor, as well as plays the clarinet and piano.