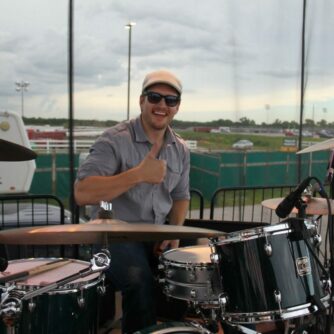 Eric Toombs is a drummer/instructor residing in Lincoln, NE. When Eric isn’t teaching, he’s performing 2-3 times a week with various groups, as well as performing on small tours in the summer months. Currently a Nashville recording and Go Time Records artist with “Mckenzie Jalynn Band”, and member of local Jazz/Swing favorites “Swing Fever”, Eric performs as much as he can. With over 16 years of live performance, several studio recordings, and 5 years instructing, he knows how to be successful and stay busy. Having studied privately with Rick Considine (Berklee College of Music), Steve Smith (Seattle Drum School), Dana Murray (Educator/Producer), and Jim Krutze (Dietze Music/Done College), he hopes to share all he has learned with students as he continues his own musical journey.