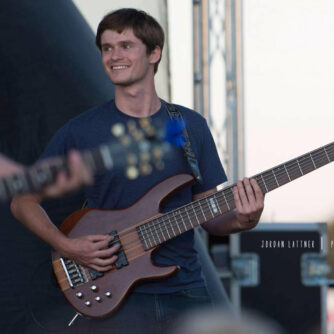 Ezra has been playing music and gigging since the age of 13. He earned a degree in Music Perfomance and received “Most Outstanding Student” award from Musician’s Insitutute in Los Angeles, CA. While living in LA, Ezra worked with a wide variety of bands from funk and metal to jazz and country. He has touring experience opening for acts such as Lonestar, Stoney LaRue, Sawyer Brown, and was a backing musician in Rich Little’s band. Ezra’s lessons are fun and focus on developing a lifelong interest in music, whether that’s learning the basics of an instrument or taking your music career to the next level. Ezra currently performs with Eckophonic, Dear Neighbor, and Backroad Spirits, and records music and instrumental cues for film and television.