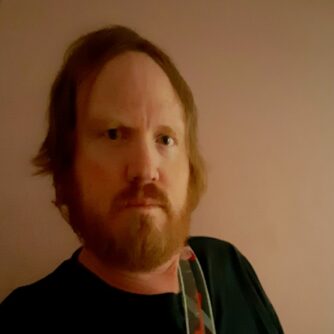 I was brought up in a musical family, so I just naturally followed everyone else’s lead. I was mainly a drummer until I began playing guitar in church during my teens. I also found I had a knack for figuring out how songs were played. After teaching friends and bandmates for a few years, I decided to venture out and teach the masses all across the Metro-Area for the last 35 years at these stores : M&M Music, Russo’s, Rainbow/Recyclogical, Lidgett Music, DRocks and private lessons.