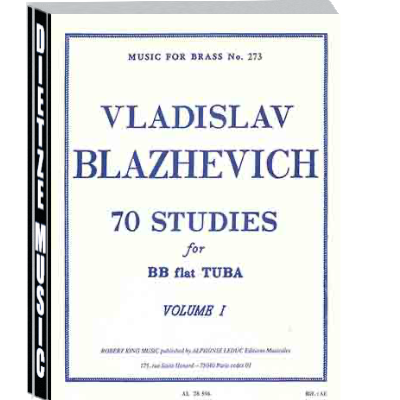 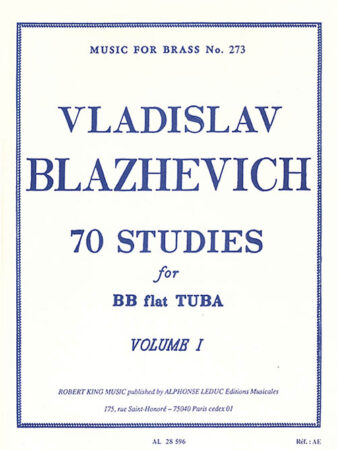 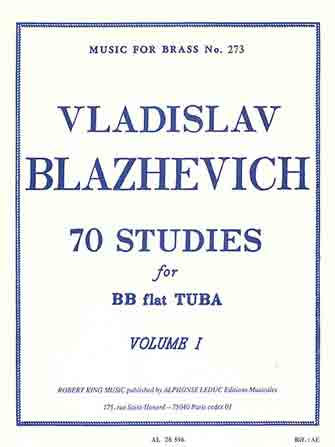 Edited by Robert King and published by Alphonse Leduc, 70 Studies for B flat Tuba – Volume 1 by Vladislav Blazhevich contains the first 42 studies out of 70. These studies do not correspond to a method for tuba and it is generally understood that 70 Studies are actually inspired from another piece of work from Blazhevich: Clef Studies for Trombone, even though 13 of these 70 studies did not appear in it. They were not transposed for tuba but adapted for this instrument. These studies have become part of the basic teaching methods and these books are some of the most-mentioned study books for tuba which became very popular. While they help to develop tuba techniques, they can be used by different age ranges and different skill ranges.

Vladislav Blazhevich (1881-1942) is a Russian tuba player, conductor and professor. He was also an incredible composer, who created many methods for wind instruments as well as concerti, studies and musical pieces.

Robert King (1914-1999) is an American editor who was specialised in brass composition. He created the Brass Player’s Guide in the 1950s and developed a strong relationship with Alphonse Leduc Éditions.