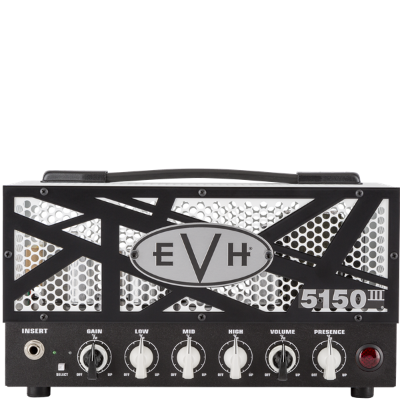 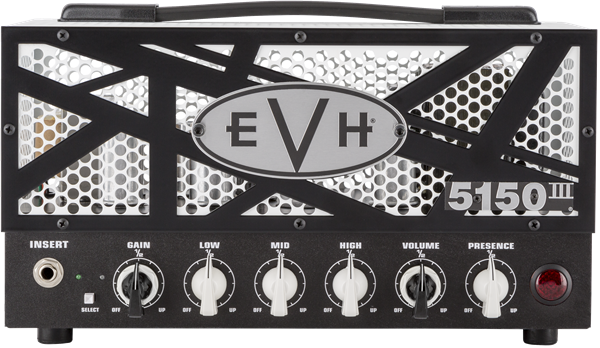 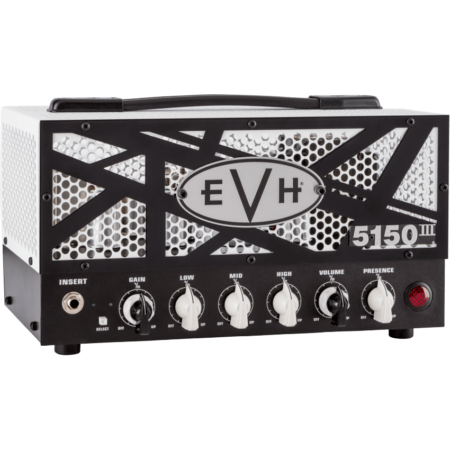 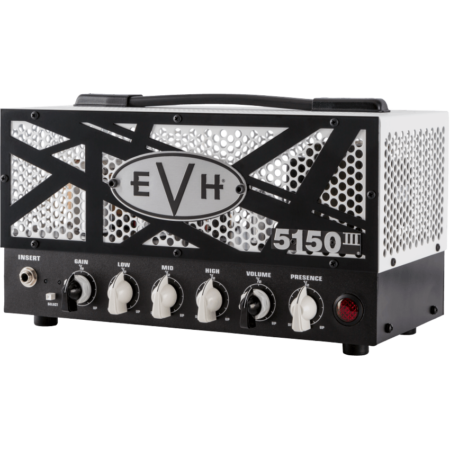 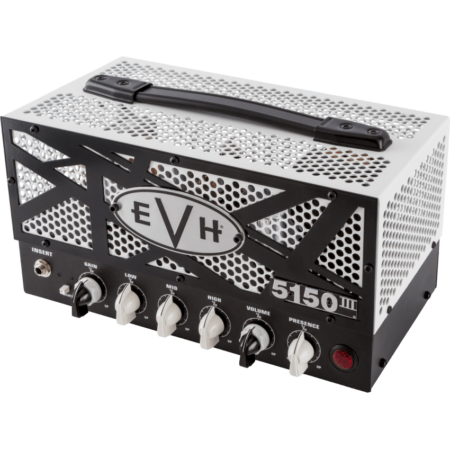 A mighty sonic force to be reckoned with, the EVH 5150III® 15W LBX is an easy-to-carry “lunchbox” guitar amp head–but don’t let its diminutive size fool you; it’s packed to the gills with searing tone!

Armed with five ECC83S (12AX7) and two EL84 tubes for incredible high gain sound, it performs like an arena-filling champ. Two flexible channels, the famous EVH Blue “Crunch” and Red “Full Burn,” combine with the familiar low/mid/high/presence tone controls and 1/4–power switch so you can easily dial-in your own roaring Variac-less “brown” sound.

Dial up a tasty crunch for rhythm work and then when it’s time for a face-melting solo, stomp on the included footswitch to call up an intense lead tone with tons of singing sustain.

For colossal tone and serious crunch in a compact package, look no further than the EVH 5150III® 15W LBX!

The EVH 5150 15W LBXII Head is a pint-sized head that packs plenty of Eddie-esque tone and attitude — from an impressive amount of gain to sparkling highs and defined bass. 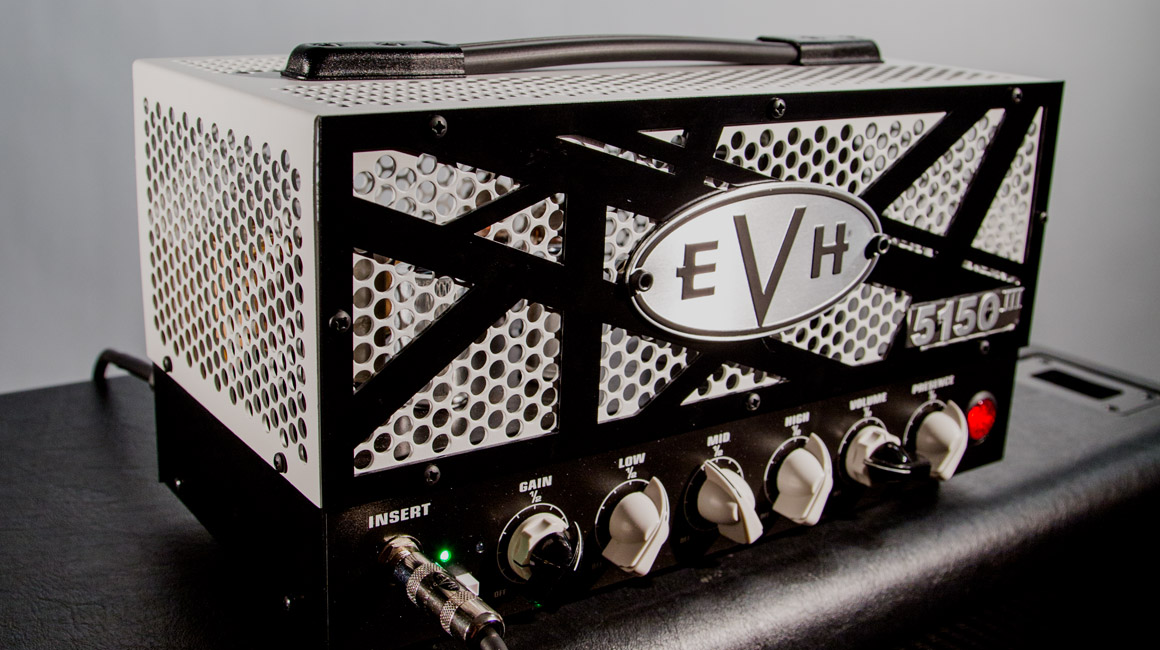 Bedroom players can utilize the 1/4-power switch to reduce the head to 3.5 watts and avoid disturbing the rest of the household, while studio and live musicians can leverage this same feature to turn up the head for a squeezed and spongy tone.

The LBXII also has dual gain and volume controls for independent control of each channel and level matching, as well as shared EQ presence and resonance controls. 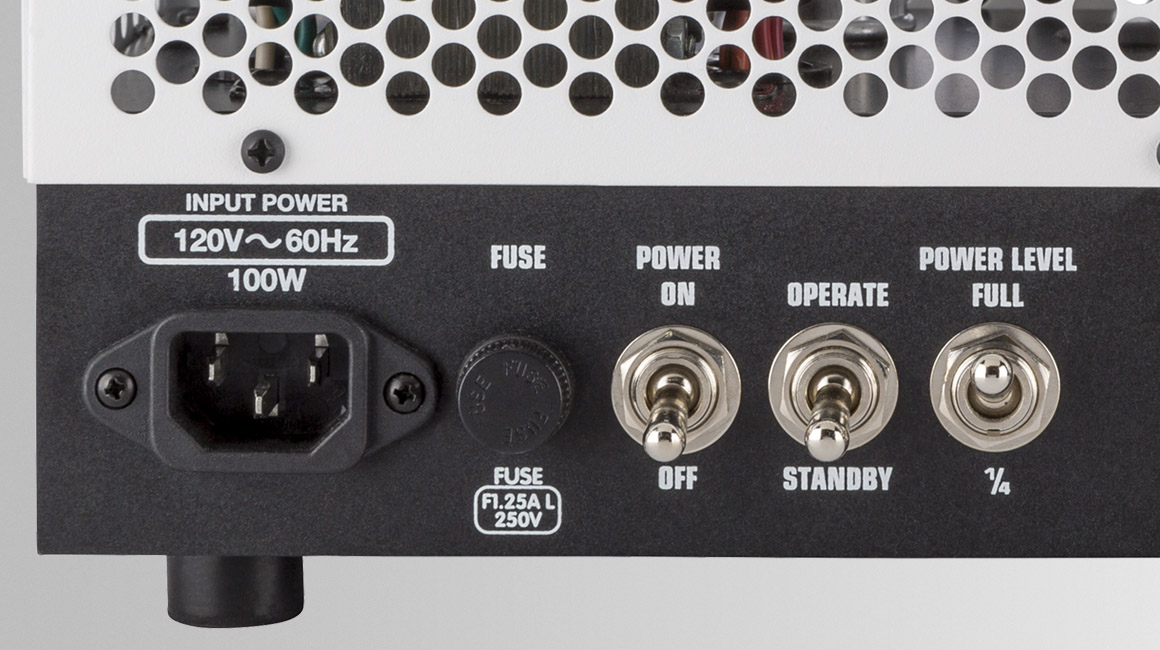 SOUND ON THE GO 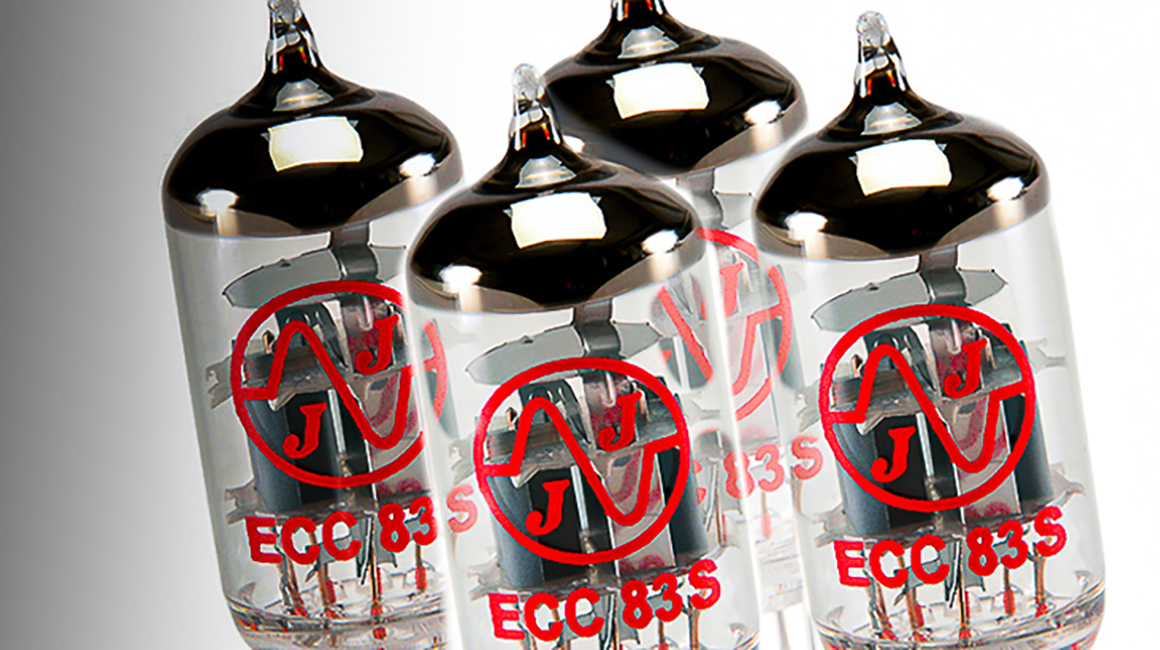 TAP OF THE FOOT

Toggling from Clean (Ch.1) to Crunch (Ch. 2) is just a mere tap of your foot away with the 1-button footswitch.