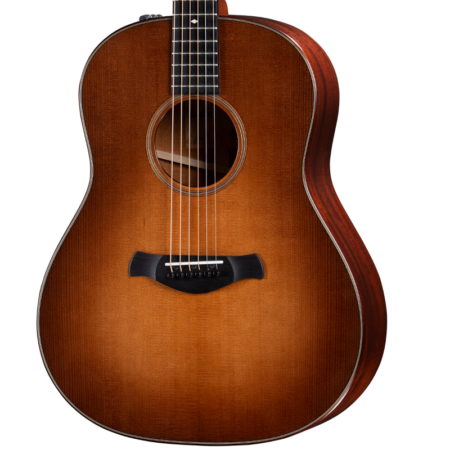 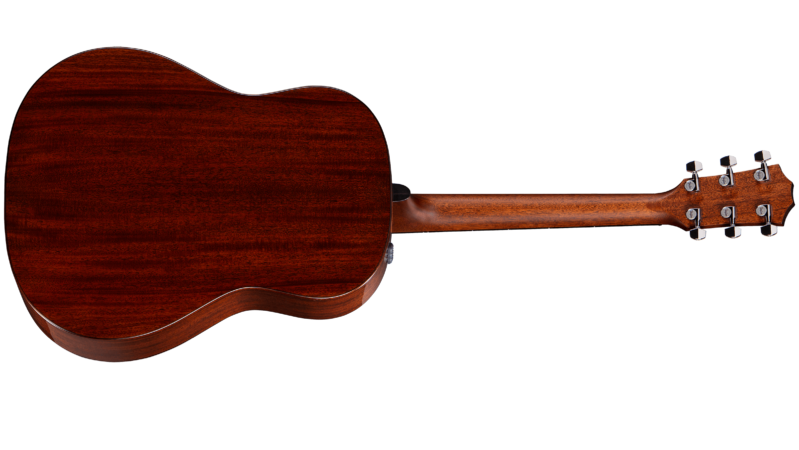 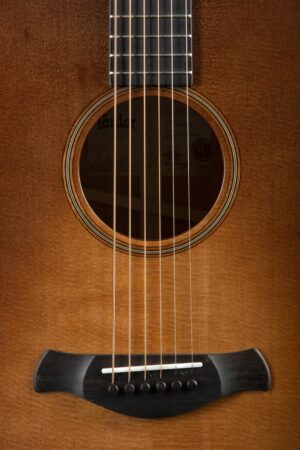 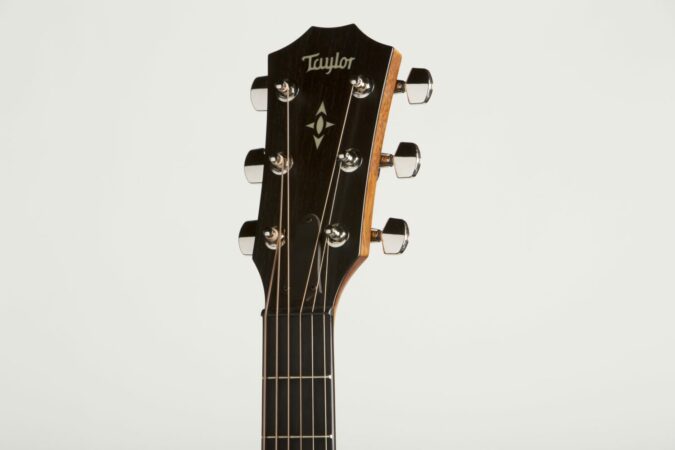 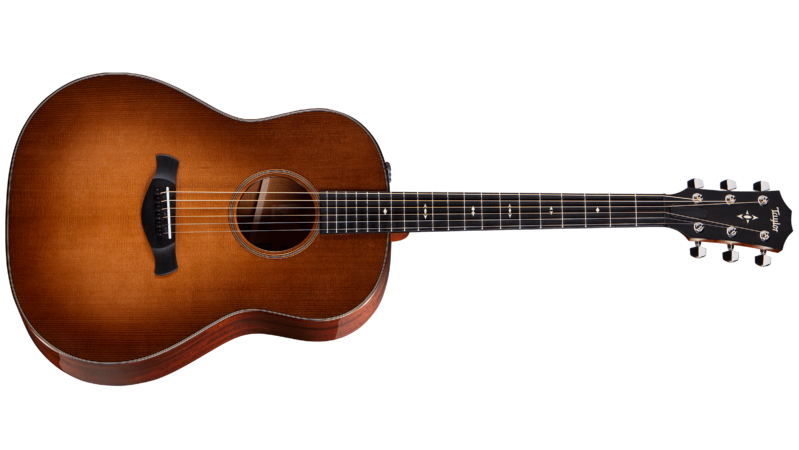 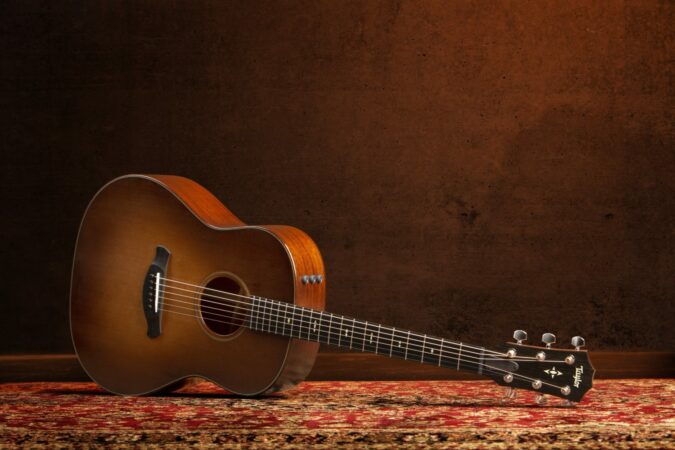 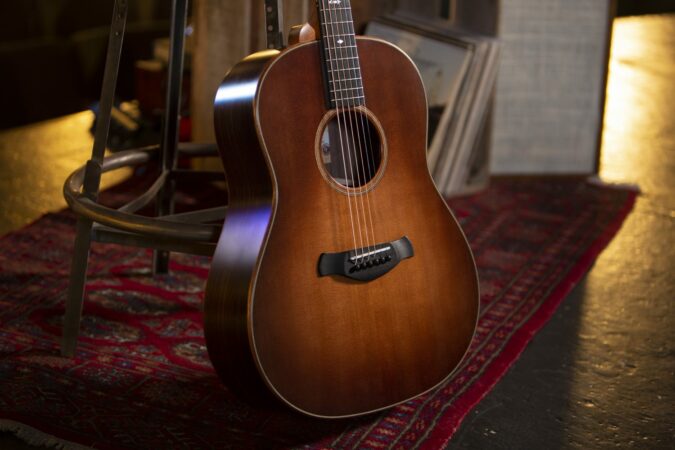 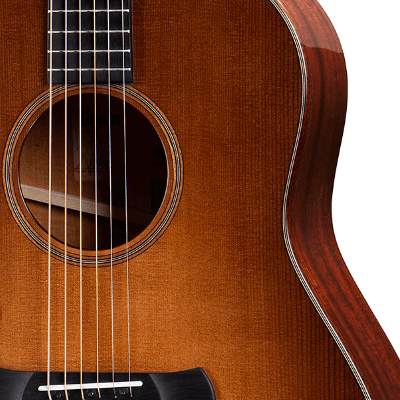 [embed]https://youtu.be/5gHgirSyPtM[/embed] Builder’s Edition Grand Pacific Design Features Taylor’s Builder’s Edition collection showcases our envelope-pushing pursuits to create the most player-friendly guitars in both sound and feel. Distinctive features of both Builder’s Edition Grand Pacific models include: All Grand Pacific models (including the 317) also include a new deluxe hardshell guitar case featuring a luxurious exterior with a Western floral pattern that resembles tooled leather. Back/Sides: Mahogany Top: Torrefied Sitka Spruce Among the first generation of Taylor Grand Pacific guitars, the Builder’s Edition 517 dramatically expands Taylor’s sonic palette with a new flavor of acoustic tone that may surprise players who think they know the Taylor sound. An exciting new entry into the dreadnought category, this round-shoulder Grand Pacific resonates with a finely-honed balance of low-end power and clarity across the middle and upper registers, producing warm, rounded tone in which notes blend seamlessly together to create a seasoned sound. Back and sides of neo-tropical mahogany flavor the sound with dry, woody character, coupling beautifully with the dynamic response of the torrefied Sitka spruce top. The Builder’s Edition stamp means that the 517 is detailed with premium features designed to maximize player comfort, including chamfered body edges and a new compound-carve neck profile that compensates for the change in your hand position as you move along the neck. Subtly contoured fretboard edges and a rounded, ridgeless heel add to the guitar’s pleasing fretting-hand feel, while a refined bridge shape brings extra comfort to your pick hand. Under the hood, V-Class bracing enables the guitar to pump out stunning projection and sustain, plus nearly perfect intonation, which means you won’t have to contend with sour notes on the fretboard. Between its sound and feel, the Builder’s Edition 517 once again raises the bar on the Taylor playing experience.

1 in stock (can be backordered)

Powered by Taylor’s award-winning V-Class™ bracing, the Grand Pacific is a new round-shoulder dreadnought that introduces a whole new sonic personality to the dreadnought category and the Taylor line. It’s a Taylor like you’ve never heard before.

Compared to the “modern” acoustic sound Taylor has become known for—vibrant and articulate, with clearly defined notes—the Grand Pacific’s voice features broad, overlapping notes that blend smoothly together to create a warm, seasoned sound. If you’re already a fan of Taylor, the Grand Pacific reveals a uniquely inspiring flavor to explore. If the Taylor sound hasn’t been your jam in the past, the Grand Pacific might change your mind. It’s definitely a guitar worth a test-drive.

In 2018, Taylor introduced its patented V-Class bracing, a groundbreaking internal bracing system designed by master guitar designer Andy Powers. V-Class brought an evolution beyond X-bracing (which Powers felt had been pushed to its limits as a voicing framework), enabling Taylor to make fundamental improvements to the sound of an acoustic guitar—namely the ability to produce stronger projection, longer sustain, and more accurate intonation by putting the guitar top more in tune with the strings. More importantly, the flexible V-Class framework gave Taylor a powerful new platform for shaping an acoustic guitar’s tonal character in dramatic new ways. This fueled the creation of the Grand Pacific.

Andy Powers was inspired to create the Grand Pacific by the bluegrass and other acoustic roots music records he grew up listening to with his dad. Though a lot of that music was created with dreadnought-style guitars, Andy wasn’t interested in simply building another version of an existing dreadnought. Between the subtly rounded contours of the Grand Pacific’s body and the V-Class bracing under the hood, he was able to craft an instrument that could make the kinds of acoustic sounds he heard on those records, while also taming some of the problematic attributes often associated with dreadnought-style guitars. (These sonic issues were typically fixed during the recording/mixing process.) Some of the notable sonic improvements you’ll hear in the Grand Pacific include:

Andy eliminated the low-end woofiness/muddiness often associated with dreadnought-style guitars. The Grand Pacific produces warm low-end power but with more clarity, which means the bass frequencies are more musical and less problematic for recording and other applications.

Tonal Consistency from Low to High

Some traditional X-braced dreadnoughts create their low-end power at the expense of other frequencies. With the Grand Pacific, you’ll hear smooth, warm, powerful notes consistently across the entire frequency spectrum.

The Grand Pacific also isn’t musically confined the way a dreadnought can be. It blends the power of a bluegrass guitar with the clarity and playing comfort that singer-songwriters and even fingerstyle players will enjoy. Its all-around utility makes it a fantastic workhorse guitar.